A few years ago, the World Bank sounded Paul Romer to fill its chief economist position, and he was not interested. It seems that, after several lives as academic, entrepreneur and urban thinker, he is now ready to become a “global intellectual leader.”

As a growth economist, Romer has earned fame by making the production of knowledge endogenous. This story has been masterfully narrated by David Warsh, though commentators disagree on what exactly made Romer’s 1990 paper a tour de force. For Warsh, it was that solving the 200 year-old Adam Smith paradox. The Scottish economist had emphasized both the importance of specialization and associated increasing returns to scale (the Pin Factory) and the importance of competition to produce wealth (the Invisible Hand). Yet, increasing returns to scale act toward concentration and the gradual suppression of competition. Romer’s contribution was not merely solving the puzzle, Warsh argues, but doing so formally. The notion that knowledge was not a standard private good and could yield increasing returns to scale had been around since Arrow, Johnson or Griliches at least. But models with increasing returns were technically difficult to solve, and, Warsh points out, the internal dynamics of the discipline requires that new intuitions be formally incorporated into economic models. Romer’s idea was to model knowledge as non-rival and non-excludable. Yet, according to Joshua Gans, Romer’s pathbreaking advance wasn’t so much how he put knowledge in the production function, but rather how he closed the model with a market for intellectual property derived through demand for new goods, and markets for skilled and unskilled labor.

Romer then left academia to engineer a teaching and grading plateform called Aplia. Around 2008, he thought more deeply about ways to foster development and came up with the idea to set up charter cities : wherever existing institutions and vested interests prevented the development of economic activities, he argued, new cities should be erected on land leased to foreign powers. The governance, institutions and sets of rules of those cities are thus imported.  As Sebastian Mallaby explains, his idea stem from the study of Hong-Kong and was unsuccessfully applied to Madagascar. Charter cities were met with considerable resistance in intellectual circles (see his debate with Chris Blattman or Mallaby’s characterization of the idea as “neo-medieval and neo-colonial”), but this did not deter Romer from setting up an urban institute at NYU. Last year, frustrated that economic scholarship on growth had not converged toward a consensus, he called his former PhD advisor Robert Lucas out for using mathematics to smuggle ideological assumption in his analysis (a sin he called ‘mathiness’). 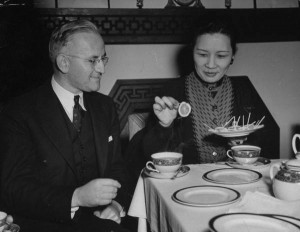 In the post explaining his new career move, Romer writes about his attempts to build “a new academic field of inquiry based on ‘the city as a unit of analysis’” at NYU. In an interesting twist, he is joining an institution whose history shows that bringing together development and urban scholarship is nothing new.  Back in the 1940s, neither promoting growth nor managing cities were understood in terms of non-rival goods, scales, spillovers, etc. Yet both lines of thought laid at the heart of economists’ original reflection on the Bank’s strategy, as shown by the extensive research Michele Alacevich has conducted on the early years of the World Bank. In 1949, lacking the data to define a loan policy, the Bank sent Lauchlin Currie, former economic advisor to Roosevelt, to Colombia. Currie wanted a development plan that would stimulate the latent potential of specific sectors while simultaneously achieving social aims. This, he believed, could be achieved by supporting the labor-intensive housing sector in the sprawling city of Bogota. Developing a capital city district and reorganizing basic public services such as water and electricity delivery therefore laid at the heart of the Plan para Bogota he framed with Enrique Penalosa. In an attempt to gather data and expertise, Currie soon found himself working in close association with architects José Luis Sert and Paul Wiener. The latter had produced a distinct urban plan, blending Sert’s ‘organic city’ approach with the functional guidelines previously defined by Le Corbusier. The collaboration was abruptly interrupted by a coup, but at the Bank, the idea that investing in urban planning and in particular housing would foster economic and social development stuck around.

In these early years, though, being a bank lending money to individual profitable projects and being a development institution seemed irreconcilable. In the fight over the accurate way to define creditworthiness – through debt service ratio or through the ability to productively use loans to boost growth in the long term, a perspective favored by economist Paul Rosenstein-Rodan, Wall Street-trained top managers sided with the Loan Department. The project of giving social loans to improve housing conditions and city infrastructures was rejected, and the Economic Department was disbanded in 1952. A few economic advisors to the president remained, but the position had no operational responsibility and was staffed with figures who left little imprint, such as Irving Friedman. For more than a decade, Alacevich relates, the World Bank was thus estranged from development economics, which was developed in a few university bodies such as MIT’s Center for International Studies. Another hothouse for development ideas was the central and regional offices associated with the United Nations, where the likes of Gunnar Myrdal in Europe, or Raul Prebish is South America, forged theories centered on capital, investment, big push and path dependency (with a concern for institutions, learning-by-doing, already). 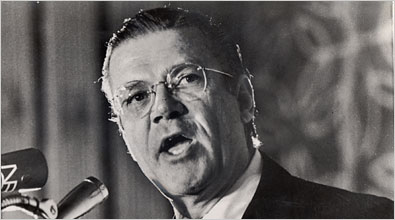 The Bank’s isolation ended in the mid-1960s. Faced with a stream of criticisms on the Bank’s results, newly-appointed president George Woods stated that “Gene Black [the previous president] is afraid of economists. I am not.” He reopened the Economic Department with the hope of turning the Bank into a “development agency” and of funding wider social projects. Woods’ reorientation was met with resistance, but by 1969 the department was staffed with 120 researchers and had launched projects involving, notably, Albert Hirschman. His vision was fulfilled by his successor, Robert McNamara, who dramatically increased the number and variety of loans. A cornerstone of McNamara’s  overhaul was the recrutment of development economist Hollis Chenery as advisor. Chenery adopted a long-term strategy based on the reduction of poverty, strengthened longstanding ties with the International Labor Organization and borrowed the basic needs approach from Paul Streeten’s group. Essential to McNamara’s reorientation, Alacevich notes, was also the establishment of an Urban Development Department and an Urban Poverty task group, again focused on housing. Within academia, some urban economists were also concerned with the tied between cities and development.

As documented by Sarah Babb, the strategy of development banks has often been aligned with the US government’s ideology. Therefore, the replacement of McNamara and Chenery by Alden Clausen and Anne Krueger in 1982 shifted the Bank’s philosophy toward a “Washington Consensus” consistent with Reagan’s program. But Chenery’s long and influential term had created some intellectual and institutional space for economists at the Bank. It  stabilized the reliance upon economic and urban approaches to development, though it is not clear to me how much cross-fertilization between the two programs there was in the 70s. It was eventually two World-Bank researchers that Romer recruited in the 2000s to build his Marron Institute of Urban Management, and Alain Bertaud and Schlomo Angel‘s résumés illustrate how differently economics and urban planning insights are waved together by economists and urbanists.  Though Bertaud explicitly intends to bridge “the gap between urban economics and operational urban planning,” both researchers were trained as architects and define themselves as urban planners. The effects of Romer’s leadership on the Bank’s strategy and on the fields of development, urban economics, and urban planning will thus be interesting to see.

2 thoughts on “A few reads on (and for) Paul Romer, next World Bank chief economist”