The debate that began in the comment box has now moved to Brad DeLong’s Grasping Reality with All Ten Tentacles. I confess that I misjudged this affair. I thought I could jest with DeLong and I now get my comeupings, a good post by him but prefaced by a sort of character assassination that extracts the first two items of our discussion but forgets to pick up the other two (where in my humble opinion I look a bit better… and make clear my motivation is not “protecting my turf” it is calling for better scholarship). And now a lot of angry folks coming over to visit this blog ready to trash at our poor academic ethics.

I think DeLong has been very thoughtful and I relish the chance to answer him. This is not the first time that I read him on the topic. In 2008, I had noted his retelling of formative experiences with the history of economics, and the new post echoes the earlier one.

DeLong’s critique is that an historian should never dismiss the possibility that Adam Smith was offering a composite of economics, psychology and philosophy, and take a priori the alternative claim that Smith’s writings are part of that much broader unity Foucault called Episteme. I don’t see in DeLong’s post a fleshed out the argument about why one should opt for the Janus faced reading. There are a few clues, he rejects my reading as “fastpaced” (and we know “fast is bad”) and the double reading is well, twice a “fastpaced” one. On recall of his earlier 2005 post on the Episteme, I imagine that DeLong is suggesting a test on the episteme thesis. Or perhaps he is just setting up a more layered, plural set of readings, “let a thousand flowers bloom”. I think this is all reasonable.

But what if I don’t want to test the episteme? What if the history of economics is not even about “reading” and nailing down an interpretation?

DeLong’s emphasis is on “reading”, but historians of economics can do about other things too, with other records, with other questions. (As Vivienne Brown has long noted, there is an abuse of the canon in projecting upon Smith the problems of today’s social science. To no other author in economics does this happen as much as for Smith, the poor guy is cited for all kinds of conflicting purposes.) I am no Smithisian scholar, I write on the history of economics post-1945, but I have been privileged to teach the topic. In that setting I have come across some of the Smith literature, extensive as it is. Given that the subject of the working paper that started this all was the place of the economist in society (the worldly philosopher) I would have thought that a more fruitful approach would be to escape the tired debate about where Smith fits in the disciplinary grid. Is he a psychologist? A philosopher? An economist? What a tangle that is, particularly if the authors that argue that moral philosophy was then understood as part and parcel of natural philosophy are right (vide Schabas, vide New Voices), in that sense he would be a physicist too…

And does it get one anywhere? I think an historian of economics approaching this topic might do better by asking what work Smith’s text did in his society. What contexts nurtured its production and what debates it fortified and participated in? Why then not recognize that there is a whole school of political thought, the Cambridge School, Quentin Skinner, Emma Rothschild, and others that have approached Smith from the perspective of political history and seen how this work fits the pre-revolutionary debates of the Enlightenment. (This work, to which Tribe is somewhat associated too, runs into the 19th century in the work of Donald Winch, into the 20th century (this time without economists) with Stephan Collini). What made me cringe is that to look at the disciplinary grid is so far away from the issues and from an understanding of what history can contribute to the question posed.

The same is true of my other complaint that is missing from the re-posting. A reference in the Shiller’s text to the Baltimore Sun as record of the professionalization of economics. This seems to trivialize how momentous the academicization or professionalization of economics was… I would suggest the work of Mary Furner, Robert (Bob) Coats, Dorothy Ross, Ted Porter, Tim Leonard among others that have written about the Progressive Era and its formative influence on the American social sciences? And on the general topic of the profession how about reading the work of the Berkeley sociologist Marion Fourcade.

I don’t want to be writing down a reading list here, it seems inappropriate for this medium. The Shillers’ intuition that history matters for the subjects they raise is absolutely correct. Maybe they can write this history, but in the working paper they are far from it. 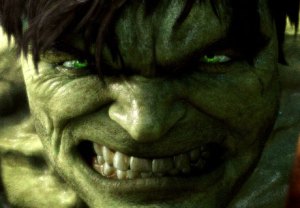 Imagine I write a paper on Behavioral Macroeconomics making off the cuff observations about the latest financial products and how my bank manager frames that information, and noting my friends and neighbors’ flight to safety or to risk on the flimsiest of whims. Imagine I make no reference to secondary literature, or to methodology as I approach the questions.

Were I then to submit this piece to general appreciation, say get Robert Shiller to referee it. How do you think he would assess my effort?

I am sure we would be fast and dirty in telling me to do something else with my time.

I have not written a paper on Behavioral Macroeconomics and have no intention of doing so. But Shiller has written a working paper, kind of on the history of economics (Cowles Foundation Discussion Paper No. 1788 – Economists as Worldly Philosophers). There is no thread to the argument, no understanding of context, and zero references to the vast body of work by historians on his subject. The working paper, I am sure, will get plenty of readers, downloads and comments. But were I ever to referee it, I would be fast and dirty in telling him to do something else with his time.