I was not in Bretton Woods this week. I followed the event throught the videos posted on the INET website and the exhilarating and exhausting experience of Benjamin, Floris and Tiago. And I found that something in the BW whisper curiously echoes my current interests. 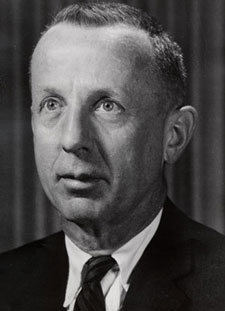 Tiago reports abundant mentions to Keynes during the sessions. The old pipe gives the sweetest smoke, my google says the Irish say (The French would favor a wine analogy, I guess). But a new K-hero also seems to be emerging. From Larry Summers’s confession that the knowledge he found most useful in the face of the crisis was found in the “writings of Bagehot, Minsky, Kindleberger, and Eichengreen,” to Rogoff’s recollection that he was unengaged by Kindleberger’s teaching, from DeLong‘s ( repeated) mention of Kindleberger’s vision of financial crises, one triggered by one post’s headline by Mark Thoma, Kindleberger seem to be on every mouth at the INET conference. From the other side of the Atlantic, I’m thus left wondering to what extent what looks like a primary attempt to canonize the MIT economist derives from his long, exhaustive, and timely experience of The World in Depression, 1929-1939, Manias, panics and crashes, foreign trade, exchange rates, money matters and international economics at large (see his autobiography for more information, and take memories with caution, as always.) Or maybe his fame is also rooted in his his very idiosyncratic method, one he labelled “historical economics.” Historical economics was however left for dead in the wake of the generalization of the MIT-style economics Kindleberger’s colleagues spread and the rise of new economics history and cliometrics. But, in these times of tensions and challenges, it may look fashionable again.

Or maybe the rise of a new K-hero is a mere artifact of my interest in economics at MIT. After working at the NY Fed and architecting the Marshall Plan, Kindleberger was recruited in 1948 at the department of economics and social sciences at MIT by those few economists (including statistician Harold Freeman, chair Ralph Freeman, industrial economist Rupert McLaurin, and Samuelson) who set to turn the hitherto small service department of an engineering school into an elite department. He remained there until his last lectures in 1981 (?) and became a pillar of the department. How he fitted into in a community initially made up of economists, psychologists, sociologists and political scientists, which by the early sixties, had become the sanctuary of Samuelson and Solow’s “new economics” however remained a mystery to me. Last december, I intended to dig into the subject, but I did not have enough time to even lift the lid of his first archive box. My interest in Kindelberger subsequently wained because of the lack of material. I rather concentrated on the Samuelsons, Solows, Fishers, Diamonds and Foleys, whose then peculiar educational vision had brought MIT to the top of university rankings in the mid-sixties. For education, I soon discovered, was central to the rise of both economics at MIT and MIT economics. A viewpoint which put the visionary Solow and his dizzying list of PhD students at the center of my story (his students in the years 1966 and 1967 only included George Akerlof, Robert Gordon, Robert Hall, William Nordhaus, Eytan Sheshinski, Joseph Stiglitz, and Martin Weitzman).

Accordingly, the recent formal identification of Solow as the leading MIT graduate supervisor in the 50s to 70s (56 students) did not came as a revelation. More surprising was the endurance and importance of the role played by Kindleberger, ranking second. In that period, he supervised 48 graduate students, including Robert Mundell (PhD 56), Peter Temin (PhD 64), and Jagdish Bhagwati (PhD 67). Kindleberger taught international economics for a lifetime, and after the recruitment of Peter Temin in 1967, he opened a course in economic history with his former student. The INET whisper is another reminder that, in the dark basement of an East Coast University Library, dusty boxes await to be be open. And I’m curious to know whether Benjamin, Floris and Tiago also noted a crystallization over Kindleberger, or over any other hero of the past besides Keynes?